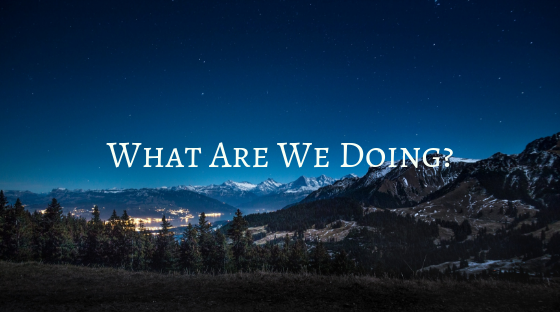 There’s a show on television called “Temptaion Island.” I haven’t watched a full episode, but here’s my understanding: it’s a show about couples going to an island where they’ll be tempted to cheat/break-up/whatever because there are singles on the island that are there for that reason. (Correct me if I’m wrong.)

Before we go any further with the post, I don’t mean this to be an attack on people who watch the show. I simply want to get my thoughts on the show out there.

I have a few different thoughts about this:

Just from what I’ve seen from commercials and clips, this show is clearly a product of our culture. Our culture has become a culture of relationships, who’s dating who, hook-ups, etc. And I think this show might be based on our society’s fascination on this type of thing.

I consider myself to be on the more conservative side of things, so I think this show isn’t beneficial to anyone. I say that because I don’t think a couple should put their relationship to the test like this. It could put too many doubts in their minds. And anyway, who would want the possibility of cheating/break-ups/ etc.? Their relationship will go through enough without throwing this into the mix.

What are your thoughts on the show/situations like this? Comment below what you think about this kind of thing!

View all posts by anrcjourney